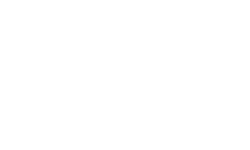 Games Helsinki is a one-day mini-conference focusing on console and PC games. It's going to be a small, intimate event with ~100 attendees from the Finnish game dev scene. We'll take over Games Factory for a day of talks, followed by evening of mingling and finishing the night with an afterparty.

Get your tickets now

A look through Epic's recent announcements and ambitions nurturing the global game dev community. From the Unreal Engine and its games and non-games applications, to the recent purchase of Kamu in Helsinki and additional developer backend services, to our new PC games store. Sjoerd will talk about the Unreal Engine and our overall vision, and how our approach of helping game developers is accelerating.

Speaker bio: As Evangelist for Epic Games, Sjoerd travels through Europe to talk about and teach Unreal Engine 4. With 19 years of experience in the Unreal Engine, Sjoerd is an expert at a wide range of content creation topics. Throughout his diverse career he has worked in everything ranging from AAA development to running his own indie studio to education. His most recently released game is The Solus Project.

11:00
Storytelling as Shapeshifting: Narrative Design for The Gardens Between

The shapes of stories are all around us and games love to use heroic plots. When making The Gardens Between, we asked: how do we make game where the hero work is unlearning, letting go, and taking the time to enjoy the time we have? We searched for the shape of our story and though we found another iconic story structure, our work was only partly done.

This talk will discuss how a narrative designer executes a story when the core gameplay, observational and free of time pressures, it is seemingly at odds with storytelling language such as conflict and drama. It will also consider how to communicate story to the development team and to the player for this adventure puzzle game with no text or dialogue. Doing so requires the narrative designer to act as a conduit of communication in order to tell the story to players by bridging the gap between game design imperatives and narrative themes.

Speaker bio: Brooke has worked on award-winning games titles such as The Gardens Between and Paperbark, and has consulted on games such as Florence, and with the Melbourne Museum on their exhibition, Inside Out.

She received a Women In Games Fellowship grant from Film Victoria and won the MCV Pacific XBOX Creative Impact Award for her work in the games industry. Brooke recently moved to Finland where she works with Remedy Entertainment on their next title, Control. Brooke also writes short stories and publishes academic papers on narrative design and the links between traditional and digital literature.

A year after its release, Harry Krueger reflects on the unique development of Nex Machina: how the project started as a modern love letter to the arcade, what it was like to collaborate with arcade legend and inspiration Eugene Jarvis, and what challenges and lessons the team faced as they set out to create a modern arcade classic. The presentation will also explore the creative philosophy behind the game, and dive into some of the key design decisions that shaped Housemarque's most critically acclaimed title to date.

Speaker bio: Born in Australia, and raised in Greece, Harry always had a passion for gaming. Growing up in the 80s and 90s, Harry spent countless hours (and quarters) at the arcades which largely shaped his creative sensibilities, and inspired him to make games himself one day. Starting his career as a programmer with an undying passion for game design, Harry's appreciation of classic gameplay values made him a perfect fit for Housemarque, where he has played his part in keeping the arcade spirit alive for the past 10 years.

In recent years, he acted as Lead Programmer for PS4 shoot'em up Resogun, and later went on to direct its two expansions, Heroes and Defenders. He made his debut as Game Director with the critically acclaimed Nex Machina.

Colossal Order is known for their city simulation games. How does one keep interest in the same genre for so long? Is it possible to keep the team motivated in the same title for 7 years and counting? Colossal Order's CEO Mariina Hallikainen explains the key elements how the team and community has kept Cities growing. (No employees were harmed in the process.)

Speaker bio: Mariina is Colossal Order's co-founder and CEO. With 10 years of Industry experience she knows how to start and run a business and how to work with a publisher. Colossal Order has released three PC simulation titles Cities in Motion, Cities in Motion 2 and the mega success Cities: Skylines under her supervision.

A lot of genres have not been explored in games. STONE, is a bold step in creating a interactive stoner noir by Convict Games. Inspired by The Big Lebowski, Inherent Vice, Call Me By Your Name, Moonlight, Hunter S Thompson, Firewatch and Grim Fandango.

This talk will share lessons from concept creation, writing, actor direction, narrative design and some hard lessons. Expect ideas for your stories, laughs and some deeper topics for creating your own interactive stories ahead.

As of July 5 2017, Greg co-founded Convict Games to tell high impact stories, and released their debut story STONE in September 2018. Today, Greg is Chief Convict at Convict Games working on their next story, and is also acting as a Narrative Consultant at Housemarque Games on their top secret unanounced AAA project.

Hey, lets quit our day jobs and make an online multiplayer VR console game! How hard can it be?

Failing, hardships, unrealistic expectations, raising money and living in a car while building startup at the first wave of consumer VR. There isn't necessary lessons to be learned here, instead a story about high octane madness of the startup life.

Speaker bio: Creating and experiencing new types of digital content has been Veli's passion since childhood. Intrigued by the mixture of art and technology in demoscene got him into making games and engines. Has worked in award winning games and tech like Ori and the Blind Forest and Unity game engine. Former CTO at 3rd Eye Studios developing innovative VR games and groundbreaking VR technology built specifically for developers.

Producing a AAA game with a huge multi-discipline team is full of challenges that need to be tackled in order to ship on schedule with the expected high quality. Planning, prioritization, processes, keeping tight focus, and managing the scope are of key importance in any game production and the importance grows even higher in AAA. In his talk, Juha will share some of the challenges he has faced in game production and the methods he has used to overcome those.

Speaker bio: Juha is the Lead Producer of CONTROL at Remedy Entertainment with 15 years of management experience in software development and 7 years of production experience in the games industry. During his time at Rovio he worked on titles such as the original Angry Birds and Angry Birds Star Wars among others. As CEO of Epic Owl, he shipped a profitable free-to-play mobile game Space Arena: Build and Fight with virtually no budget.

Currently at the helm of CONTROL, he is taking on the myriad of challenges in a full-scale high-profile AAA production.

From Grotto will take over the stage to play improvised music on top of the visuals/progression of the upcoming game Noita.

Speaker bio: From Grotto is a psychedelic fusion of sounds in a form of a rock band. It is an aural explosion filled with different colours. In their pursue towards the truth at the center of the sound every live show is a unity. VJ -artist Vesa-Matti Voidi summons his mirages to fulfill the ritual.

The location is wheelchair accessible. Alcohol-free options are available at the afterparty. Because alcohol is available at the afterparty, it is limited to 18+ only. The organizers strive to make the event accessible and inclusive. We might not be able to accommodate everything, but we'd love to hear from you so we can improve for potential future iterations. Please don't hesitate to contact the organizers.

We expect all participants to adhere to our Code of Conduct. Organizers reserve the right to remove anyone breaking the Code of Conduct from the event with no refunds.